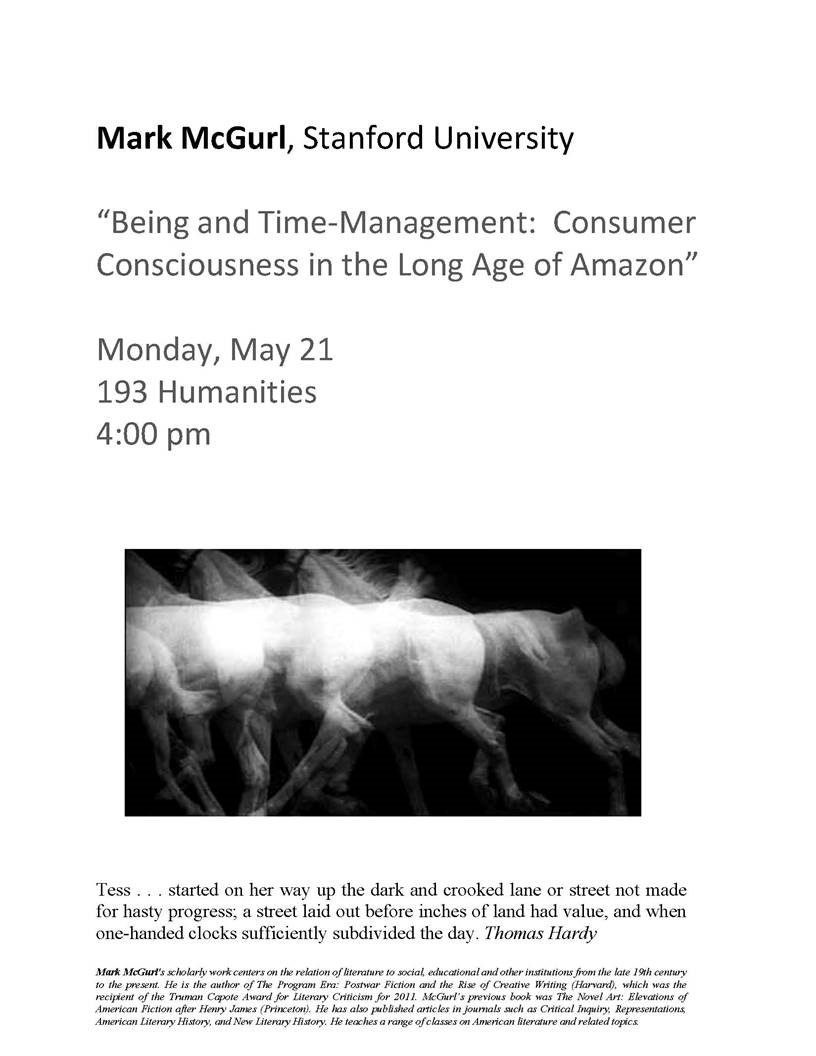 Mark McGurl’s scholarly work centers on the relation of literature to social, educational and other institutions from the late 19th century to the present.  He is the author of The Program Era: Postwar Fiction and the Rise of Creative Writing (Harvard), which was the recipient of the Truman Capote Award for Literary Criticism for 2011.

McGurl’s previous book was The Novel Art: Elevations of American Fiction after Henry James (Princeton).  He has also published articles in journals such as Critical Inquiry, Representations, American Literary History, and New Literary History.  He teaches a range of classes on American literature and related topics.