A Reading of the Favorite Poem Project 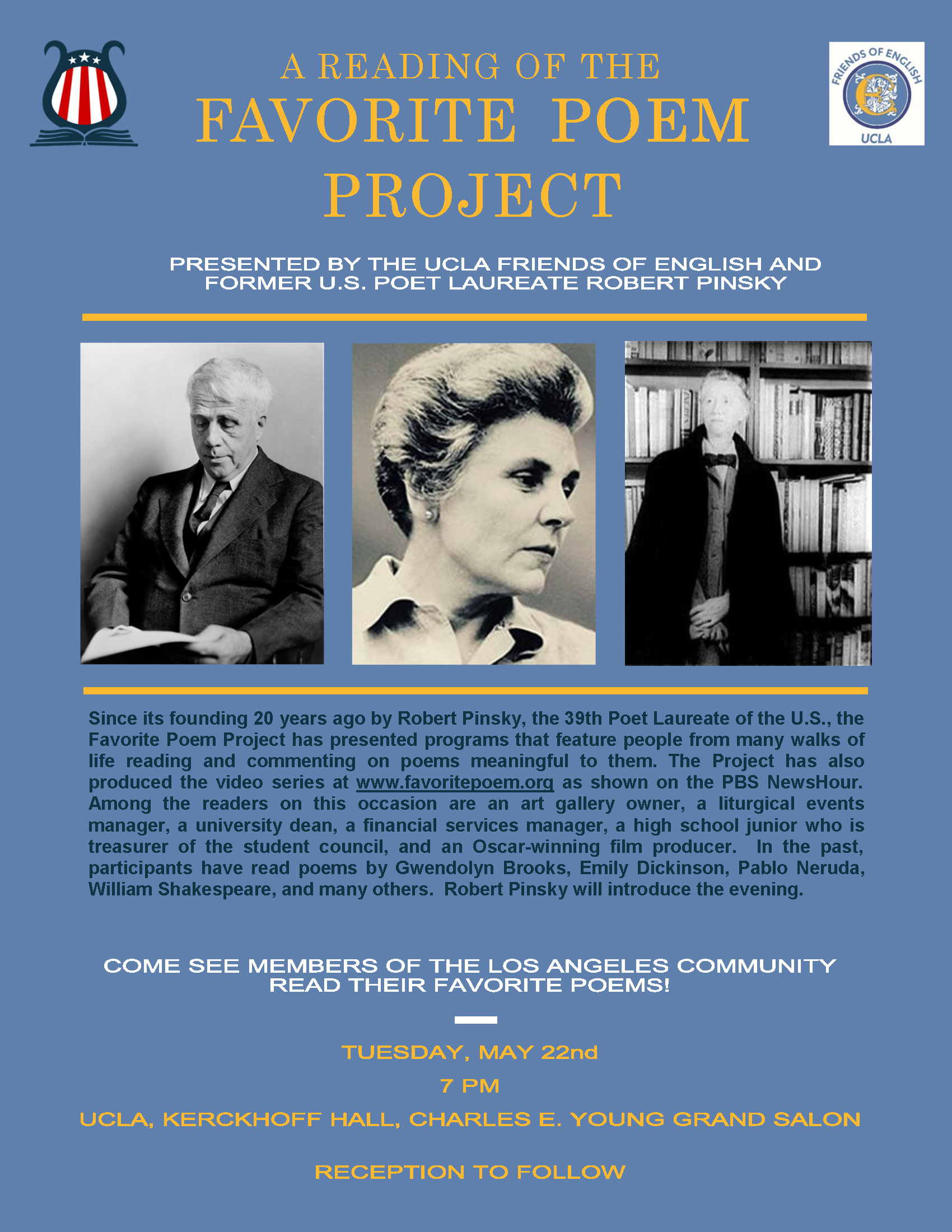 Come see members of the Los Angeles community read their favorite poems!  Since its founding 20 years ago by Robert Pinsky, the 39th Poet Laureate of the U.S., the  Favorite Poem Project has presented programs that feature people from many walks of life reading and commenting on poems meaningful to them. The Project has also produced the video series at www.favoritepoem.org as shown on the PBS NewsHour.  Among the readers on this occasion are an art gallery owner, a liturgical events manager, a university dean, a financial services manager, a high school junior who is treasurer of the student council, and an Oscar winning film producer. In the past, participants have read poems by Gwendolyn Brooks, Emily Dickinson, Pablo Neruda, William Shakespeare, and many others. Robert Pinsky will introduce the evening.