Restoring the Humanities, Re-storying the Planet: A Manifesto for the late Anthropocene 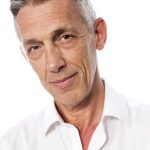 Sir Jonathan Bate is Provost of Worcester College and Professor of English Literature at Oxford University. He is one of the world’s leading scholars of both Shakespeare and Romanticism. The author of many books, including award-winning biographies of the poets John Clare and Ted Hughes, he was Britain’s first practitioner of ecocriticism: his Romantic Ecology and The Song of the Earth have had enduring influence on the field. His latest book, How the Classics made Shakespeare will be out from Princeton in April and next year he will be publishing a major book in celebration of the 250th anniversary of the birth of William Wordsworth.