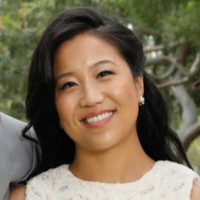 From June to September 2017, I worked as a research assistant for Ms. Candacy Taylor, cultural documentarian and founder of Taylor Made Culture. I first became interested in Ms. Taylor’s project on the Negro Motorist Green Book—a series of travel guides for African American travelers during the Jim Crow era—after hearing about it on the radio, and reached out to her via email when I found out about the Mellon Professionalization Initiative. I chose this project because I believed the subject matter would allow me to explore my personal interest in and commitment to race and politics in America—issues that, owing to my dissertation topic in 18th-century British prose, I had not much chance to encounter in my academic life.

Ms. Taylor was traveling throughout the country during the summer, so my work was mostly remote and self-supervised. One of the goals of the Green Book Project is to compile as much information as possible on all of the establishments and businesses listed in the all of the Green Books. Over the summer, Ms. Taylor was in the process of visiting as many of these locations (at times the actual businesses or the buildings that used to house them, more often simply the sites or ruins). My job was to find out as much historical background on the businesses, and also to provide any existing leads (information on the proprietors and staff or their descendants, museums or archives that might have access to relevant materials, etc.) for Ms. Taylor to explore while she was in the area. This included: tracking down information on anyone involved in the businesses, searching municipal records for building plans and construction applications, finding and archiving photographs or drawings, tracking down ads taken out in newspapers, figuring out if the sites were being depicted on modern-day maps, and searching for records of demolition or preservation. I performed this research for cities including, but not limited to, Kansas City, Jacksonville, New Orleans, St. Louis, Tampa, Tulsa. Each city’s file was compiled, processed, and edited on a roughly bi-weekly basis according to the dates at which Ms. Taylor would be visiting them.

The research skills that I developed throughout my time as a graduate student—the ability to acquire expertise in a particular topic in a relatively short period of time—were tremendously helpful to my internship, as were my familiarity with various on and offline databases (often provided by the UCLA library system). While the bulk of my work was research-based, I also helped Ms. Taylor field interest in her project from other parties. Such duties included helping her prepare for meetings, interviews, and requests for collaboration or funding.

Overall, I enjoyed working with Ms. Taylor, who was a professional, generous, and motivated supervisor. We built a positive relationship, one that may possibly continue once the research is completed and the book project is ready to be translated to media such as a museum exhibit, VR platform, and cultural tour.