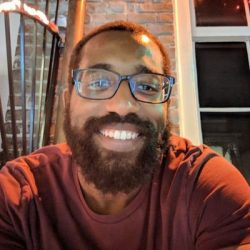 My internship was with the story development department at Abbot Entertainment. Abbot is a literary management company for screenwriters, producers, and managers. Based on an assigned grade and précis by the script readers, the company pitches accepted screenplays to producers for funding.

I worked as one of these script readers and was tasked with reading, summarizing, and breaking down dozens of screenplays. The internship director taught an in-house model for analyzing stories, based on categories such as craft, premise, structure, and dialogue. This process was challenging because these mechanics, and their ideal application, encouraged tabling of personal taste. The internship required me to delve into film history and perform research to unearth market specs that could be compared to the story being analyzed. Many of these concerns were familiar from my own narratological investigations concerning film and novel adaptation in video games.

The internship with Abbot gave me the opportunity to glimpse one writing-intensive point in the film production pipeline. These scripts often went through multiple changes that were further reflected when transitioned to the screen. For instance, it became apparent that there were subtly important differences in the structure of scripts written for theaters versus those written for new media platforms like Netflix. I also learned new analytical models for considering the way films are constructed. This experience has come to inform my creative and critical writing.

Afterward, the internship director appreciated my eye for story mechanics and afterward offered me a part-time position reading scripts in my spare time. He encouraged me to use the experience to make my own writing successful. In recent months I have had the fortune of participating in the development of interesting scripts that have become Netflix features. Those are the one thing I cannot discuss, because I signed an NDA.