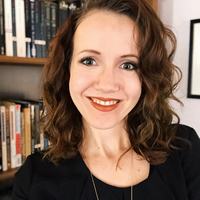 During my internship, I was living on a dissertation fellowship in Green Bay, Wisconsin. I spent the summer working with a new community organization called The Farmory, which seeks to bring education, jobs, and locally grown food to the greater Green Bay community. The organization was in the process of raising the funds to convert an abandoned building on the west side of Green Bay (an old armory building) into a self-sustaining, year-round agriculture center. Using the principles of aquaponics—a self-enclosed ecosystem that uses fish tanks to fertilize plants—The Farmory was also in the process of developing the state’s first and only yellow perch hatchery.  Working closely with local business—such as nearby restaurants who purchased the greens which The Farmory grew—and local education centers—such as UW-Milwaukee’s School of Fresh Water Science—The Farmory also seeks to establish a center for jobs and education. The ability to sell produce would also help combat a food desert in the Green Bay area.

As a part of my internship, I worked with The Farmory team on marketing and publicity. They were in the midst of raising funds for renovation and promoting their cause to the community at large. I edited materials for print and web, focusing a great deal of my time on a marketing packet that was being created to solicit donations and other funding from large corporate donors. As such, I gathered data on similar organizations—for instance, in Milwaukee, a comparable company called Growing Power has revitalized a neighborhood and increased awareness about food production—and assembled specifics about renovation and the construction of the perch hatchery. I also helped plan a few events to launch the organization and spread awareness about their goals.

It was an exciting time to join a publicity team, and also chaotic. The organization was still “finding” itself and I got to be a part of that discovery; on the other hand, they didn’t have a clearly defined role for me to step into. As such, I worked on multiple projects, some of which I was less equipped to do (such as running their Twitter account while they sought out a Social Media Intern). It was really fulfilling, however, to be a part of a burgeoning project that benefitted the community at large. No other program in Green Bay comes close to offering the kind of progressive agricultural view that The Farmory is putting forward. They are still in the process of funding the renovation for their main building, but they are moving quickly and the momentum is building locally. Once set up, I believe that this organization will make a significant and sustaining impact on the community for years to come.