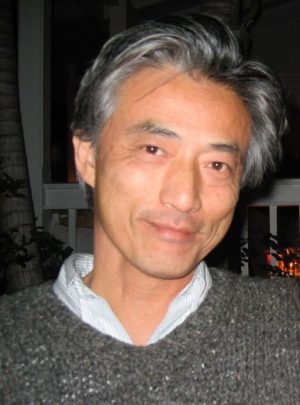 The David Wong Louie Memorial Creative Writing Prize is established by Lowell Gallagher and Jay Geller as an expression of their friendship with David and an honoring of David’s legacy as writer and teacher.

When David came to UCLA in the fall of 1992, his prize-winning debut collection of short stories Pangs of Love had just been published the previous year. His arrival marked another beginning: David was the first Asian American writer to be hired in a tenure-track capacity at UCLA. And it was here where he went on to write his novel, The Barbarians Are Coming. In his last years, the personal essay “Eat, Memory,” which first appeared in Harper’s magazine, was included in The Best American Essays 2018. Across the years, he judged prizes for UCLA as well as national prizes such as the National Book Awards and served as nominator and evaluator for prizes such as the MacArthur Fellows Program.

David loved teaching. He knew how hard writing was, and he was committed to encouraging those students who wished to write, or even those who were not sure they could write, to write. What he told them was that they all had stories to tell, and his job as teacher was to make them better writers of those stories.

This is why Lowell and Jay were inspired to establish the David Wong Louie Memorial Creative Writing Prize, as a way to remember David and to continue the legacy of his love for those writing those stories. The prize will be given annually to a student studying creative writing in the Department of English, whose short story or essay has been selected by a committee of faculty members.

If you are so moved, you can support this initiative by contributing to the fund. Make a gift online.

Please review UCLA and the UCLA Foundation’s Disclosure Statements for Prospective Donors at www.uclafoundation.org/disclosures. If you have any questions or would like to make a gift with a check, you can contact Jeffrey King at jking@support.ucla.edu or at 310-206-9677.