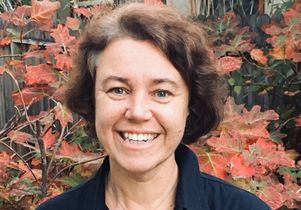 Trained in comparative literature (English, Spanish, French, Italian), Fuchs’ scholarship has focused on European cultural production from the late 15th through the 17th centuries, with a special emphasis on literature and empire. Fuchs is an expert in early modern Spanish and English literature. Her research has also focused on race and religion in the early modern world.  She is also the former director of the UCLA Center for 17th- and 18th-Century Studies and UCLA Clark Library.

Under Fuchs guidance, UCLA’s Diversifying the Classics program has become an important point of reference for Spanish-language Golden Age Theater, on par with the Association for Hispanic Classical Theater and similar institutions.

Fuchs, along with Jennifer Monti and Laura Muñoz, members of the Diversifying the Classics project, recently published “90 Monologues from Classical Spanish Theater,” a collection intended to diversify the classical repertoire for actors in the United States by opening the doors to the Spanish tradition. In a country where the number of Spanish speakers is on the rise, this anthology will allow the literary and linguistic formation of actors in the Anglo-Saxon world explore a world of classical theater beyond the habitual Shakespeare.

The group has recently announced collaborations with the Almagro International Classical Theatre Festival in Spain, Repertorio Español in New York and the Stratford Shakespeare Festival in Ontario, Canada, among others.  Read more here.