May 18, 2019
A celebration of Walt Whitman's 200th birthday alongside UCLA's centennial 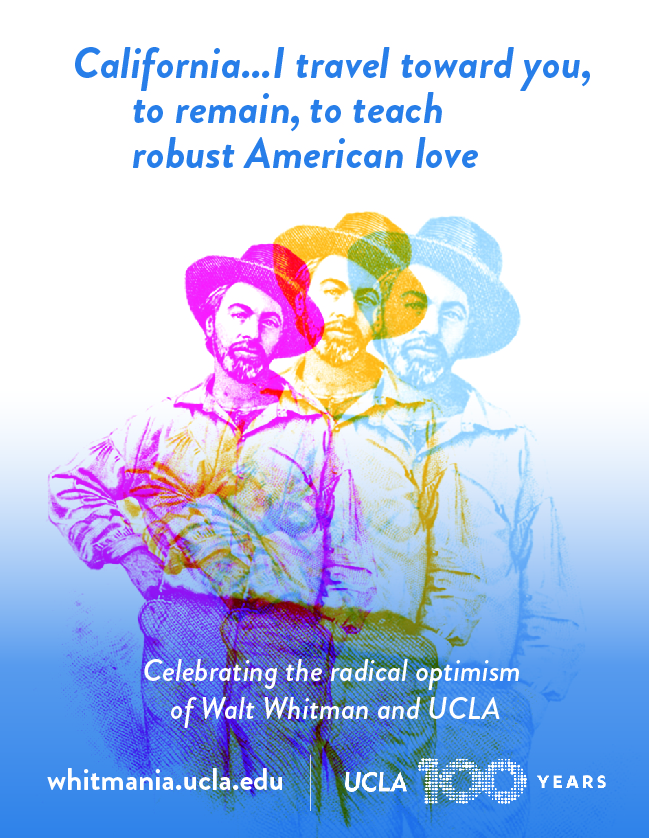 Amber West, a lecturer for UCLA Writing Programs, is the event organizer. In an article in the Daily Bruin, Amber shared that she hopes the marathon reading will be “…the embodiment of the spirit of (Whitman’s) work. He was so ahead of his time, not only stylistically, but in terms of content.”

West said these events are meant to highlight Whitman’s legacy and idea of radical optimism, which is often misunderstood. The term “radical” is typically used as a political put-down, but the definition refers to the fundamental nature of something – the root of a given issue or concept, West said. Optimism is the sense of what is good and possible in all people, so Whitman’s concept is ultimately about organic connection between human beings, she said.

“When I think about UCLA, … when we are at our best … we are embodying that same kind of radical optimism,” West said. “He was always about those connections and the power of art and expression to help embody that.”