Reflections on Photography of the Middle East. 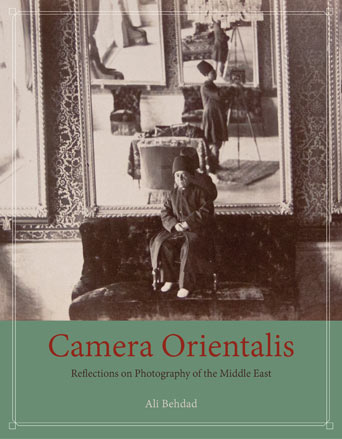 In the decades after its invention in 1839, photography was inextricably linked to the Middle East. Introduced as a crucial tool for Egyptologists and Orientalists who needed to document their archaeological findings, the photograph was easier and faster to produce in intense Middle Eastern light—making the region one of the original sites for the practice of photography. A pioneering study of this intertwined history, Camera Orientalis traces the Middle East’s influences on photography’s evolution, as well as photography’s effect on Europe’s view of “the Orient.”

Considering a range of Western and Middle Eastern archival material from the late nineteenth and early twentieth centuries, Ali Behdad offers a rich account of how photography transformed Europe’s distinctly Orientalist vision into what seemed objective fact, a transformation that proved central to the project of European colonialism. At the same time, Orientalism was useful for photographers from both regions, as it gave them a set of conventions by which to frame exotic Middle Eastern cultures for Western audiences. Behdad also shows how Middle Eastern audiences embraced photography as a way to foreground status and patriarchal values while also exoticizing other social classes.

An important examination of previously overlooked European and Middle Eastern photographers and studios, Camera Orientalis demonstrates that, far from being a one-sided European development, Orientalist photography was the product of rich cultural contact between the East and the West.

Learn more about the book

Allison Carruth helps kick off the program, designed to bring people to the 51-mile waterway to relax and play.

Reflections on Photography of the Middle East.