Eighteenth-Century Fiction and the Reinvention of Wonder 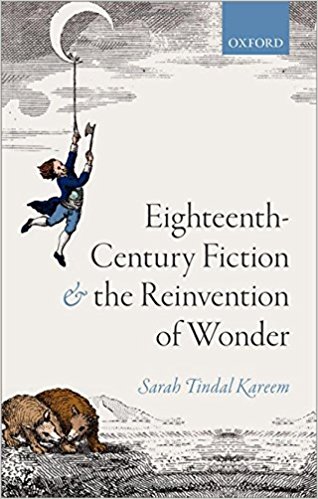 A footprint materializes mysteriously on a deserted shore; a giant helmet falls from the sky; a traveler awakens to find his horse dangling from a church steeple. Eighteenth-century British fiction brims with moments such as these, in which the prosaic rubs up against the marvelous. While it is a truism that the period’s literature is distinguished by its realism and air of probability, Eighteenth-Century Fiction and the Reinvention of Wonder argues that wonder is integral to–rather than antithetical to–the developing techniques of novelistic fiction. Positioning its reader on the cusp between recognition and estrangement, between faith and doubt, modern fiction hinges upon wonder.

Eighteenth-Century Fiction and the Reinvention of Wonder’s chapters unfold its new account of British fiction’s rise through surprising new readings of classic early novels-from Daniel Defoe’s Robinson Crusoe to Jane Austen’s Northanger Abbey–as well as bringing to attention lesser known works, most notably Rudolf Raspe’s Baron Munchausen’s Narrative of His Marvellous Travels. In this bold new account, the eighteenth century bears witness not to the world’s disenchantment but rather to wonder’s re-location from the supernatural realm to the empirical world, providing a re-evaluation not only of how we look back at the Enlightenment, but also of how we read today.