The Legacy of Boethius in Medieval England

The Consolation and Its Afterlives

Edited by A. Joseph McMullen and Erica Weaver 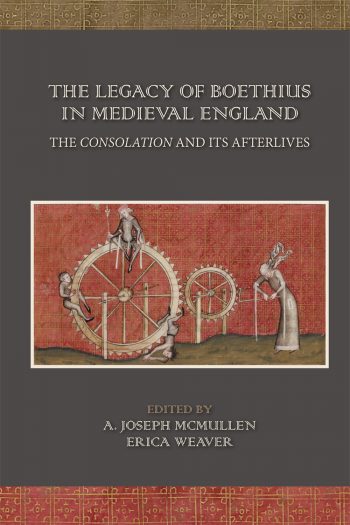 Of all of the works of secular literature that survive from the European Middle Ages, Boethius’s Consolation of Philosophy (ca. 524) was the most widely copied, and the pervasiveness of its cultural influence is difficult to overstate. This study offers the first holistic survey of the re-workings of the Consolation in medieval England, bringing the Old English Boethius together with Chaucer’s Boece and a host of understudied interlocutors — including Lantfred of Winchester, Abbo of Fleury, Aelred of Rievaulx, Thomas Usk, Thomas Hoccleve, and John Walton — for the first time in a volume of this kind. Arranged into sections on “earlier” and “later” periods, The Legacy of Boethius argues for a reassessment of the medieval English Boethian tradition as a 600-year continuum in vernacular reading and readership.