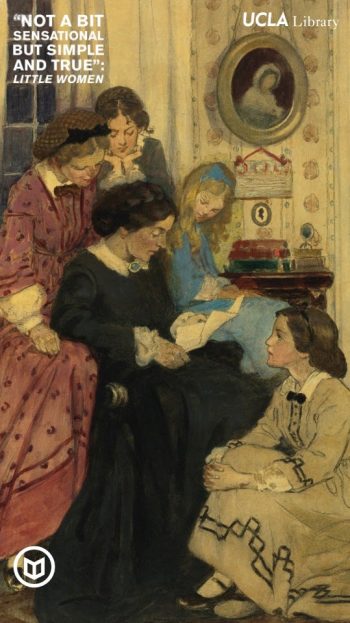 If you ask English Department Ph.D. candidate Mark Gallagher—who is curating an exhibit at UCLA’s Charles E. Young Research Library to mark the 150th anniversary of the publication of Louisa May Alcott’s Little Women—if the nineteenth-century writer and her classic novel still have anything to say to readers in the twenty-first century, the answer is a resounding “yes.”

“Little Women is one of the most important, culturally significant books in all of American literature,” Gallagher says. “There is a reason why generations of readers have a strong, personal attachment to this novel.”

Alcott scholar Anne Boyd Rioux agrees. The author of Meg, Jo, Beth, and Amy: The Story of Little Women and Why It Still Matters (W.W. Norton, 2018) calls Little Women “the most beloved book of American women writers (and near the top for women writers around the globe).” In 2018 and 2019, Louisa May Alcott’s two-part story chronicling the lives of the March sisters will be celebrating its 150th year. The book was an immediate best-seller when it was first published in 1868, and has never gone out of print. 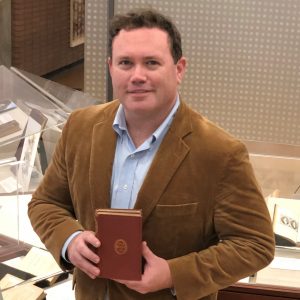 Mark Gallagher holds a first edition of Little Women, part of a new exhibit on display at the UCLA Young Research Library.

The exhibit features items from some of the many writers and leaders who have found inspiration in Little Women and its protagonist, Jo March. “It was important for us to show how Little Women is relevant to a larger audience,” Gallagher says. “How, for example, could we show that the appeal and significance is not limited to just middle-class white girls like the ones represented in the novel?”

That inclusivity and immediacy is reflected in the life of the author, as Alcott is shown to be a champion of women’s rights as well as other reform movements. “Many of the social and political issues that were relevant in Alcott’s time still resonate with readers today: gender equality, political disenfranchisement, labor and the workplace. These are not so-called ‘women’s issues,” Gallagher says, “they are issues that affect everyone. So you can’t dismiss Little Women as simply a ‘girls’ book’ because it minimizes what generations of readers have found so meaningful about this story. It is, in the words of Alcott herself, ‘not a bit sensational, but simple and true.”

Another reason why Gallagher wanted to bring this exhibit to UCLA is because of Little Women’s connection with Hollywood.

“I can think of no other place outside of Concord, Massachusetts, with as much invested in the story of Little Women than Los Angeles,” Gallagher says. “This cultural legacy is an important part of the novel’s history, and to the UCLA community as well.” According to Gallagher, Hollywood has produced nine film adaptations of the book during the past century, with a tenth film coming to theaters on Christmas Day 2019, directed by Greta Gerwig and starring Saoirse Ronan, Emma Watson, and Meryl Streep—as well as Gallagher’s six-year-old daughter Catherine in a small role for a scene that was filmed on location last year at Orchard House, the Alcott’s former home in Concord, Massachusetts.

“My daughter loves Little Women. We read Part First together last year. She likes to think of herself as a ‘Jo.’”

“Not a Bit Sensational but Simple and True”: Little Women, an exhibit celebrating the 150th anniversary of the publication of Louisa May Alcott’s Little Women featuring materials from the UCLA Library Special Collections, the William Andrews Clark Memorial Library, and the personal collection of Mark and Denise Gallagher, is on display at the Young Research Library through March 28th. 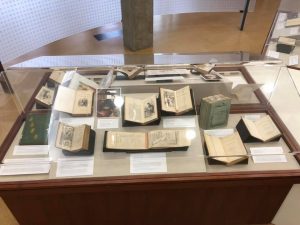 A display case featuring items from UCLA Library Special Collections that are part of the Little Women exhibit.