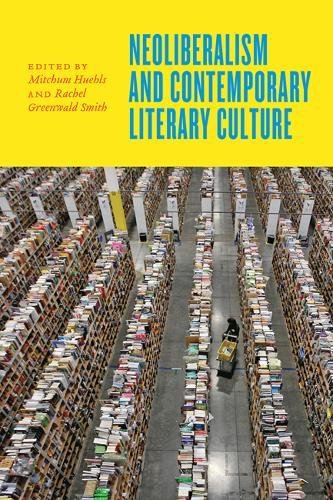 Neoliberalism has been a buzzword in literary studies for well over a decade, but its meaning remains ambiguous and its salience contentious. In Neoliberalism and Contemporary Literary Culture, Mitchum Huehls and Rachel Greenwald Smith offer a wide-ranging exploration of contemporary literature through the lens of neoliberalism’s economic, social, and cultural ascendance. Bringing together accessible and provocative essays from top literary scholars, this innovative collection examines neoliberalism’s influence on literary theory and methodology, literary form, literary representation, and literary institutions.

A four-phase approach to the historical emergence of neoliberalism from the early 1970s to the present helps to clarify the complexity of the relationship between neoliberalism and literary culture. Layering that history over the diverse changes in a US-Anglo literary field that has moved away from postmodern forms and sensibilities, the book argues that many literary developments—including the return to realism, the rise of the memoir, the embrace of New Materialist theory, and the pursuit of aesthetic autonomy—make more coherent sense when viewed in light of neoliberalism’s ever-increasing expansion into the cultural sphere.