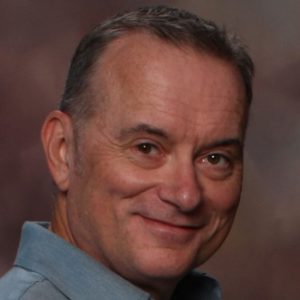 A Message from the Chair: Recognizing Faculty Milestones

I would like to take this opportunity at the end of the academic year to recognize three colleagues who are celebrating milestones.

UCLA kicked off a year-long Centennial Celebration on Alumni Day on May 18.  Meanwhile, one of our colleagues has been quietly sifting through archives and composing a Centennial history of the English Department at UCLA – it’s an extraordinary document, rich in details and photographic images that capture the first fifty years, up to 1969.  Heartfelt thanks to Andy Kelly for his tireless efforts to assemble this treasure trove of information, which will be publicized on a dedicated Centennial page in the department’s website this coming fall.  It just so happens that Andy also celebrated a personal milestone a few days ago – June 6 was his 85th birthday.  Many thanks and congratulations to Andy Kelly!

I would also like to recognize two colleagues who have attained professional milestones this year.

After 52 years of teaching in the English Department, Bob Maniquis is retiring. He has been a pioneer in certain subjects of Romantic literature, notably Thomas De Quincey (the “English Opium-Eater”) and, in numerous articles, the problems of violence and sacrifice in European Literature.  During the years 1984 to 1989, he organized  at UCLA the most extensive academic and public commemoration of the Bicentennial of the French Revolution held in any one place outside of France. Author of a well-known monograph on De Quincey and editor of numerous volumes of essays, Bob has also lectured widely in England, France, Germany, and Italy. He is not quite riding off into the sunset, for he plans to return to UCLA to teach on recall for the next three years. He will also continue to write and teach in Europe, where he will divide his time between Paris and Tuscany. Many thanks to Bob for his many contributions to the department, the profession, and our students’ educational experience.

The next colleague I wish to recognize is Karen Cunningham. While Karen retired last June, for Non-Senate faculty conferral of the emeritus title is not guaranteed.  The title must be requested through an application process that includes a full panoply of reference letters and “evidence of noteworthy and meritorious contributions to the educational mission and programs of the university.” Happily, and not surprisingly, the request was approved this year by the Chancellor, and Karen is now, officially, Senior Lecturer Emerita.  The title is most certainly richly deserved for a career filled with professional achievements and milestones.  After over ten years teaching the department’s required courses in the previous English major and proving herself an indispensable mentor of students in Departmental Honors, Karen set her sights in 2012 on a longstanding curricular need, designing an array of upper-division writing intensive courses, and in her recent capacity as the department’s inaugural Faculty Coordinator for Writing in the Majors she served as the lead architect of the new Professional Writing Minor, which was launched in Spring 2019. In the meantime, Karen has maintained a significant scholarly profile in work on the relation between literature and law in the early modern period, with research that has been supported by grants and fellowships from the School of Criticism and Theory at Dartmouth, the Shelby Cullum Center for Historical Research at Princeton, and the NEH/Folger Shakespeare Library. Her unrivaled expertise in teaching was recognized in 2018 with one of the prestigious UCLA Distinguished Teaching Awards for Non-Senate Faculty. Like many of the department’s emeriti faculty, Karen’s emeritude is filled with activity—she will continue to teach on recall for two more years, focusing on her most recent curricular innovation, a “Pre-Professional Portfolio” course; and she is at the headwaters of a new project, the newly commissioned “Shakespeare and Legal Theory” volume for Arden/Bloomsbury. Congratulations and many thanks to Karen Cunningham!