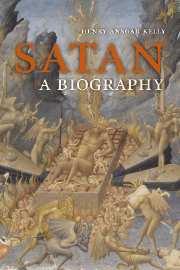 Christians traditionally think of Satan as Lucifer, God’s enemy, who rebelled against Him out of pride and then caused Adam and Eve to sin. But, as Kelly shows, this portrayal is not biblical but a scenario invented by the early Fathers of the Church which became the “New Biography of Satan.” The “Original Biography” must be reconstructed from the New Testament where Satan is the same sort of celestial functionary we see in the Book of Job—appointed to govern the world, specifically to monitor and test human beings. But he is brutal and deceitful in his methods, and Jesus predicts that his rule will soon come to an end. Kelly traces the further developments of the “New Biography”: humankind’s inherited guilt, captivity by Satan, and punishment in Hell at his hands. This profile of Satan remains dominant, but Kelly urges a return to the “Original Biography of Satan.”