Hospitality in the Flesh 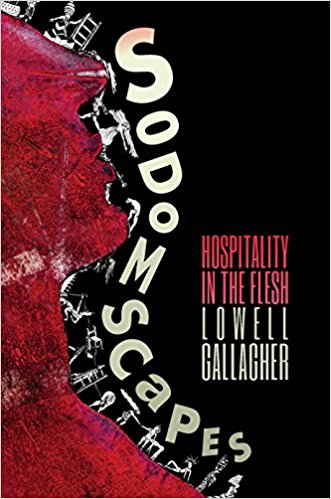 Sodomscapes presents a fresh approach to the story of Lot’s wife, as it’s been read across cultures and generations, and, in the process, reorients and reinterprets foundational concepts of ethics, representation, and the politics of life. While the sudden mutation of Lot’s wife in the flight from Sodom is often read to confirm the antiscopic bias that critical thought inherits from earlier legacies of prohibited gazing, the archive of Jewish and patristic commentary holds a rival and largely overlooked vein of thought, which testifies to the counterintuitive optics required to apprehend and nurture sustainable habitations for life in view of its unforeseeable contingency.

To retrieve this forgotten legacy, Gallagher weaves together sources that range from exegesis to painting and from commerce to dance: a fifteenth-century illuminated miniature, a Victorian lost-world adventure fantasy, a Russian avant-garde rendering of the flight from Sodom, Albert Memmi’s career-making first novel, a contemporary excursion into the Dead Sea healthcare tourism industry. Across millennia and media, the repeated desire to reclaim Lot’s wife turns the cautionary emblem of the mutating woman into a figural laboratory for testing the ethical bounds of the two faces of hospitality—welcome and risk.

Sodomscape—the book’s name for this gesture—revisits touchstone moments in the history of figural thinking (Augustine, Erich Auerbach, Maurice Blanchot, Hans Blumenberg) and places them in conversation with key thinkers of hospitality, particularly as it bears on the phenomenological condition of attunement to the unfinished character of being in relation to others (Maurice Merleau-Ponty, Jacques Derrida, Emmanuel Levinas, Hannah Arendt). The book’s cumulative perspective identifies Lot’s wife as the resilient figure of vigilant dwelling between the substantialist dream of resemblance and the mutating dynamism of otherness. The radical in-betweenness of the figure discloses counterintuitive ways of understanding what counts as a life amid divergent claims of being-with and being-for.