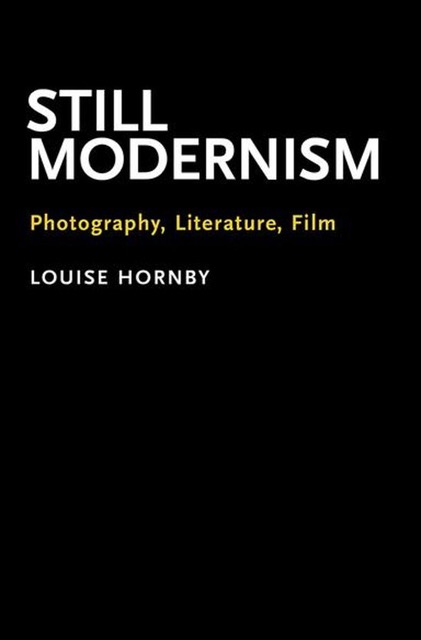 Still Modernism offers a critique of the modernist imperative to embrace motion, speed, and mobility. In the context of the rise of kinetic technologies and the invention of motion pictures, it claims that stillness is nonetheless an essential tactic of modernist innovation. More specifically, the book looks at the ways in which photographic stillness emerges as a counterpoint to motion and to film, asserting its own clear visibility against the blur of kinesis. Combining objects and methods from art history, film studies and literary studies, Louise Hornby reveals how photographers, filmmakers, and writers, even at their most kinetic, did not surrender attention to points of stillness. Rather, the still image, understood through photography, establishes itself as a mode of resistance and provides a formal response to various modernist efforts to see better, to attend more closely, and to remove the fetters of subjectivity and experience. Hornby argues that still photography allows film to access its own diffuse images of motion; photography’s duplicative form provides a serial structure for modernist efforts to represent the face; its iterative structure articulates the jerky rhythms of experimental narrative as perambulation; and its processes of development allow for the world to emerge independent of the human observer. Casting new light on the relationship between photography and film, Hornby situates the struggle between the still and the kinetic at the center of modernist culture. Learn more here.