The Cambridge Companion to Shakespearean Tragedy 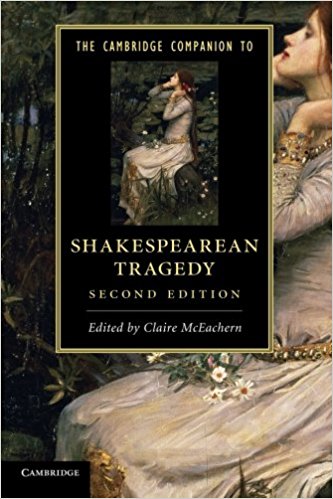 This revised and updated Companion acquaints the student reader with the forms, contexts, critical and theatrical lives of the ten plays considered to be Shakespeare’s tragedies. Thirteen essays, written by leading scholars in Britain and North America, address the ways in which Shakespearean tragedy originated, developed and diversified, as well as how it has fared on stage, as text and in criticism. Topics covered include the literary precursors of Shakespeare’s tragedies, cultural backgrounds, sub-genres and receptions of the plays. The book examines the four major tragedies and, in addition, Titus Andronicus, Romeo and Juliet, Julius Caesar, Antony and Cleopatra, Coriolanus and Timon of Athens. Essays from the first edition have been fully revised to reflect the most up-to-date scholarship; the bibliography has been extensively updated; and four new chapters have been added, discussing Shakespearean form, Shakespeare and philosophy, Shakespeare’s tragedies in performance, and Shakespeare and religion.