Trained as a comparatist (English, Spanish, French, Italian), Prof. Fuchs works on European cultural production from the late fifteenth through the seventeenth centuries, with a special emphasis on literature and empire, and on theater and performance in transnational contexts. She directs the UCLA Working Group on the Comedia in Translation and Performance and its “Diversifying the Classics” initiative (http://diversifyingtheclassics.humanities.ucla.edu/). Before UCLA, Professor Fuchs taught at the University of Washington and the University of Pennsylvania. During 2006-2007, she held a Guggenheim Fellowship for her project on “Moorishness” and the conflictive construction of Spain (Exotic Nation, Penn Press 2009). She is also one of the editors for the Norton Anthology of World Literature (2012) and the Norton Anthology of Western Literature (2014).  Current projects include a study on the picaresque and the limits of Spain, a Norton Critical Edition of Spanish Golden Age theater, and a bilingual anthology of monologues from Hispanic classical drama. Professor Fuchs is a past editor of Hispanic Review and a member of UCLA’s Department of Spanish and Portuguese. 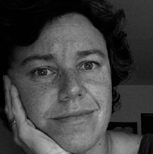