Professor Joseph Bristow, who joined UCLA in 1996, teaches a range of courses in Victorian and modern literature, as well as in theories and histories of sexuality. His areas of interest are British aestheticism (particularly Oscar Wilde and his circle), Decadence, and early twentieth-century writing.

In the 1980s and 1990s, he published extensively on Victorian poetry; his publications from these decades include Nineteenth-Century Women Poets: An Oxford Anthology (co-edited with Isobel Armstrong and Cath Sharrock) (1996, revised 1998), which has assisted in reshaping the study of women’s writings of the late Romantic and Victorian eras. At the same time, he established fresh research in the emerging field of LGBTQ+ literary studies, including the edited collection, Sexual Sameness: Textual Differences in Lesbian and Gay Writing (1992), Effeminate England: Homoerotic Writing after 1885 (1995), and Sexuality (1997, second edition 2010) in the New Critical Idiom series from Routledge.

During the present century, Professor Bristow has continued his research on Victorian poetry. His publications in this field include The Cambridge Companion to Victorian Poetry (2000) and The Fin-de-Siècle Poem: English Literary Culture and the 1890s (2005).

Since joining UCLA, Professor Bristow has been closely involved with scholarly activities related to the William Andrews Clark Memorial Library. During 1999-2000, in his role as Clark Professor, he arranged the programs of four conferences, which led to the publication of the essay collection, Wilde Writings: Contextual Conditions (University of Toronto Press, 2003). Selections from the 2004 conference, “Wilde at 150,” formed the basis of another collection, Oscar Wilde and Modern Culture: The Making of a Legend, which Ohio University Press issued in early 2009. In 2005, Oxford University Press published his variorum edition of Wilde’s only novel, The Picture of Dorian Gray. Two years later, Oxford published his edition of the 1891 text of this novel in the World’s Classics series. In 2013, University of Toronto Press brought out his third edited collection of critical essays on Wilde: Wilde Discoveries; Traditions, Histories, Archives. In March 2015, Yale University Press issued a study (coauthored with Rebecca N. Mitchell), Oscar Wilde’s Chatterton: Literary History, Romanticism, and the Art of Forgery, which takes Wilde’s “Chatterton” notebook as the starting-point for considering Thomas Chatterton’s cultural and poetic legacy, on the one hand, and Wilde’s interest in producing a history of literary Romanticism, on the other hand. In 2022, he is publishing two books: an edited collection, Extraordinary Aesthetes: Decadents, New Women, and Fin-de-Siècle Culture, with University of Toronto Press; and Oscar Wilde on Trial: The Criminal Proceedings, from Arrest to Imprisonment, with Yale University Press.

In 2007, Professor Bristow directed “The Wilde Archive”: a five-week summer seminar for both university and college teachers sponsored by the National Endowment for the Humanities. This seminar led to the conference of the same name, which was hosted at the Clark Library in 2009. In 2009, Professor Bristow directed a second NEH summer seminar, “The Decadent 1890s,” at the Clark Library. A third NEH-sponsored seminar, “Oscar Wilde and His Circle,” took place at the Clark Library during late June and July 2012. He has also taught several graduate and undergraduate courses based on research activities in the Clark’s Wilde-related collections.

At present, Professor Bristow continues his responsibilities as editor of Palgrave Studies in Nineteenth-Century Writing and Culture, which was established in 2003; by the end of 2021, the series will contain more than eighty titles.

Some of his more recent essays—on lyrics about the lesbian boy, on Wilde’s poetry, on the aesthetic novel, and on Decadent homoeroticism—have appeared in Victorian Poetry, Wilde in Context (Cambridge University Press), The Cambridge History of the Modernist Novel, and the Journal of Victorian Culture, respectively. He is the coeditor (with Josephine McDonagh) of an essay collection, Nineteenth-Century Radical Traditions (Palgrave Macmillan, 2016). He has also edited Oscar Wilde and the Cultures of Childhood (Palgrave Macmillan, 2017).

Professor Bristow is currently completing two editorial projects. The first is his contribution to the Oxford University Press edition of Wilde’s unfinished and miscellaneous writings. \Since spring 2018, he had been a joint editor of Studies in Walter Pater and Aestheticism, the journal of the International Walter Pater Society.

Since joining UCLA, Professor Bristow had organized many conferences at the Clark Library. These events include the International Walter Pater Society’s “Curiosity and Desire” symposium in May 2018. In 2020-2021, he co-organized (with Neil Hultgren and Elizabeth Carolyn Miller) of a series of conferences in the core program titled “Victorian Apocalypse: The siècle at Its fin,” which was sponsored by UCLA’s Center for 17th– and 18th-Century Studies. Together with Gregory Mackie, he coordinated the program of a two-day conference, “Forging Ahead:  Fakes, Fabrications, and Facsimiles in Cultural and Literary History—Medieval to Modern,” took place in May 2022.

Professor Bristow has advised many doctoral candidates at UCLA. He is currently serving as chair or co-chair of several dissertation committees. His recent advisees have researched the following topics: feminine singularity in nineteenth-century writing; women and aestheticism in Modernist fiction; evolutionary aestheticism; discourses of tourism in Romantic and Victorian; and debates about standardization in children’s literature, 1865-1955. 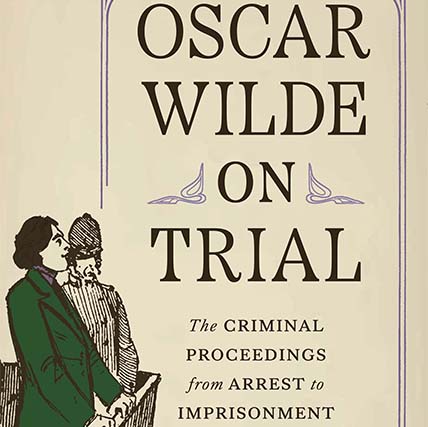