“The Sea is Rising: Visualizing Climate Change in the Pacific Islands,” in Meteorologies of Modernity: Weather and Climate Discourses in the Anthropocene. Eds. Sarah Fekadu, Hanna Strasse-Senol, and Tobias During. Munich: REAL: Yearbook of Research in English and American Literature, 2017. 237-253.
REPRINTED in Pacific Dynamics: Journal of Interdisciplinary Research, Special issue on Oceanic Memory. 2:2 (November 2018). [PDF]

“Gender and Sexual Politics in the Pacific Islands: A Call for Critical Militarisation Studies.” Special issue of Intersections: Gender and Sexuality in Asia and the Pacific. Co-editor and introduction with Victor Bascara & Keith L. Camacho. 37. March 2015. [Full Text]

“Satellite Planetarity and the Ends of the Earth.” Public Culture. Volume 26, no. 2: special issue on Visualizing the Environment, Spring 2014. [PDF]

“Globalizing  the Routes of Breadfruit and Other Bounties.” Journal of Colonialism and Colonial History. 8:3 (Winter 2008): [PDF]

“Against Authenticity: Global Knowledges and  Postcolonial Ecocriticism.” Introduction to special issue on postcolonial  ecocriticism, written and edited with Cara Cilano. ISLE: Interdisciplinary  Studies of Literature and the Environment. 14:1 (Winter 2007): 71-88. [PDF]

Routes and Roots: Navigating Caribbean and Pacific  Island Literatures. U of Hawai’i Press, 2007.
[PDF of Part 1: Tidalectics and The Sea is History]

Caribbean  Literature and the Environment: Between Nature and Culture. (Introduced and co-edited with  Renée Gosson and George Handley. U of Virginia Press, 2005.) Introduction: [PDF of Introduction]

Professor Elizabeth DeLoughrey has appointments in the English Department and the UCLA Institute for the Environment and Sustainability. She is the founder and coordinator of the UCLA Postcolonial Literature and Theory Colloquium and was co-editor for the online open access journal Environmental Humanities (2015-2020). Her scholarship has been supported by institutions such as the ACLS, NEH, Rockefeller, Mellon Foundation, UCLA Global Studies Program, Fulbright, UC Humanities Research Institute, and the Cornell Society for the Humanities. She is the author of Routes and Roots: Navigating Caribbean and Pacific Literatures (2007), and co-editor of Caribbean Literature and the Environment: Between Nature and Culture(2005); Postcolonial Ecologies: Literatures of the Environment(2011); and Global Ecologies and the Environmental Humanities: Postcolonial Approaches (2015).  Her book, Allegories of the Anthropocene (2019), examines climate change and empire in the literary and visual arts and was published by Duke University Press in 2019.

Prof DeLoughrey teaches postcolonial and indigenous literature courses on the environment, globalization, the politics of food, and the Anthropocene and climate change, with a focus on women’s literature of the Caribbean and Pacific Islands. For a number of years she was the faculty mentor for the Geography Department’s graduate food studies group. In 2012-2013 she coordinated the Global Ecologies: Nature/Narrative/Neoliberalism Conference at UCLA [podcast here], a workshop on Pacific Island militarization at the University of the South Pacific, Fiji, and a workshop on Imperialism, Narrative and the Environment at the Rachel Carson Center, Ludwig-Maximilians Universitat, Munich. In 2011 she co-organized the Legacies of Pacific Island Militarization workshop and in 2010 the Globalized Islands: Contemporary Literature & the Transnational Encounter conference at UCLA. In 2009 she was one of the departmental co-organizers of the Mellon Foundation’s Cultural Pre-history of Environmentalism Project. In 2013-14 she was on leave at the Huntington Library as an ACLS Frederick Burkhardt Residential Fellow, and in 2015 she was Visiting Professor at Université Paul-Valéry, Montpellier, France.  In 2018-19 she was on a University of California President’s Faculty Research Fellowship and a Rachel Carson Center for Environment and Society Fellowship in Munich, Germany. 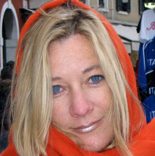