Interests
Dr. Cunningham teaches a range of literature courses on Shakespeare and Renaissance Drama. She has a special interest in Shakespeare and the law and early modern legal history, as well as gender in Renaissance drama and feminist literary history and theory. She also teaches a variety of writing courses, including the undergraduate honors thesis spring research seminar and fall colloquium and a new upper-division course on critical writing in the English major.

Additional Information
Upon completing her doctoral studies, Professor Cunningham joined the faculty of the Florida State University in Tallahassee, where she taught a range of courses in English Renaissance drama and literature, crime and justice in literature, literary theory, and critical writing. During this time she also published essays on early modern women and the gendering of pedagogy, rhetoric and the Raleigh trial, public executions and stage violence, and a range of topics related to law and early modern theater. With the Dean of the School of Criminology and Criminal Justice, she co-chaired “Crime and Justice in the Humanities,” a team-taught, interdisciplinary course for Criminology students, and she held affiliations with the Program in Women’s Studies and the Certificate Program in Critical Theory.  Her scholarship was awarded grants and fellowships from the Florida State University President’s Foundation, the School of Criticism and Theory at Dartmouth College, the Shelby Cullom Davis Center for Historical Research at Princeton University, and the National Endowment for the Humanities/Folger Shakespeare Institute in Washington, D.C.   Professor Cunningham was also an invited charter member of the University Council on Teaching, originated by the Dean of Arts and Sciences, and served on its Executive Committee.   Her teaching was honored with the College of Arts and Sciences Excellence in Undergraduate Teaching Award, the University Teaching Award, and the Teaching Incentive Program award.   From 1995 through 1998, Professor Cunningham served on the statewide Florida Commission on the Status of Women, to which she was appointed by the Florida Speaker of the House of Representatives.

Since joining the faculty of the UCLA English department in 2000, Dr. Cunningham has continued to focus her scholarship on the intersections of law and early modern drama, as well as on women in English Renaissance law and culture. In addition to articles, she has published the co-edited collection of essays Shakespeare and the Law (2007; 2010) and the monograph Imaginary Betrayals: Subjectivity and the Discourses of Treason in Early Modern England (2002), which links prominent treason trials with plays by Shakespeare, Kyd, and Marlowe. Her scholarship has been supported by multiple non-Senate Faculty Professional Development Awards. Dr. Cunningham’s teaching continues to focus on medieval and early modern literatures, especially Renaissance drama. She originated and introduced into the undergraduate curriculum the courses “Shakespeare and the Legal Scene,” “Bad Shakespeare,” and “Gender and Renaissance Drama.” She also created “Writing in the English Major,” a course that premiered fall 2013 designed to support upper-division transfer students in developing their mastery of writing literary and cultural analyses. She has twice been the English Department’s nominee for the non-Senate Faculty Distinguished Teaching award. Her current work-in-progress includes the chapter “Shakespeare and the Law” in the forthcoming The Shakespearean World, the co-edited volume Law in Shakespeare and Other Renaissance Literatures: A Documentary Companion, and articles on anonymity in moot books from the Inns of Court, and on women and law in Shakespeare’s works.

“‘So many books, so many rolls of ancient time’: The Inns of Court and Gorboduc.” In Solon and Thespis: Law and Theater in the English Renaissance, ed. Dennis Kezar (U Notre Dame P, 2007)

“Opening Doubts Upon the Law: Measure for Measure.” In A Companion to Shakespeare’s Works, Vol. IV, ed. Jean Howard and Richard Dutton (Blackwell, 2003).

“”Forsake thy king and do but join with me’: Marlowe and Treason.” In Marlowe’s Empery: Expanding His Critical Contexts, ed. Sara Deats and Robert Logan (U Delaware, 2003). 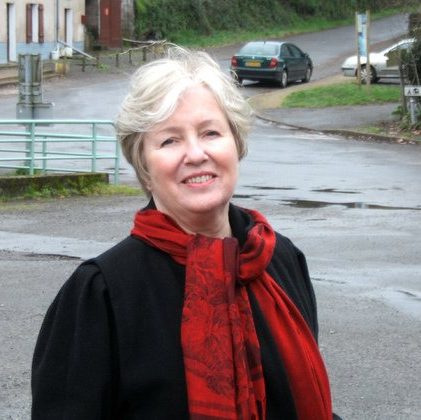