Summer Kim Lee specializes in critical race and ethnic studies, feminist theory, queer theory, performance studies, and Asian American art, literature, and culture. She is completing her first monograph, currently titled, Spoiled: Hostile Forms and the Matter of Asian American Aggression, which traces the significance of aggression and hostility for contemporary Asian American artists and writers who take up the spoiled, messy matter of the racialized, gendered body as that which deidealizes and deforms corrective modes of representation and interpretation, and challenges the burdensome assumption that their work should be cathartic sites for healing and repair in the face of racist discrimination and violence. She is also co-editor of a special issue of Women & Performance: a journal of feminist theory titled, “Performances of Contingency: Feminist Relationality and Asian American Studies After the Institution.” She has published work in Social Text, ASAP/Journal, Post45, Asian Diasporic Visual Cultures and the Americas, GLQ, Los Angeles Review of Books, The New York Times Magazine, and The Nation. Prior to joining the UCLA English faculty in 2020, she was a Mellon Faculty Fellow in English and Creative Writing at Dartmouth College, as well as a Guarini Dean’s Postdoctoral Fellow in English and Creative Writing and Women’s, Gender, and Sexuality Studies at Dartmouth College.

Guest Co-editor. “Performances of Contingency: Feminist Relationality and Asian American Studies After the Institution,” special issue of Women & Performance: a journal of feminist theory. Vol 30, no. 1 (2020).

“Wrong Impressions.” Editor’s Forum. ASAP/Journal: The Association for the Study of the Arts in the Present. Special issue: “Queer Form,” Vol. 2, Issue 2 (May 2017). 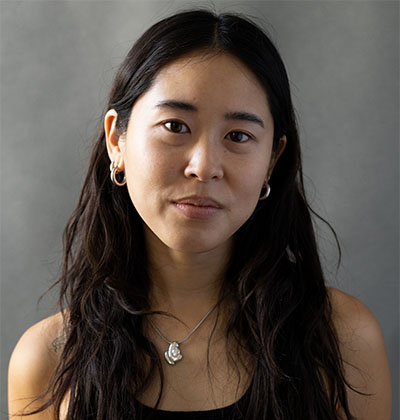