In American Domesticity: From How-To Manual to Hollywood Melodrama, Kathleen McHugh considered how constructions of an affective, melodramatic domesticity in US cinema, one in which little or no labor actually takes place, perpetuates the fantasy of gendered public and private spheres. This fantasy in turn functions to obfuscate the significance of other social distinctions such as race and class. In South Korean Golden Age Melodrama, she investigated the development and articulation of questions of labor, affect, and domesticity from a comparative national perspective. McHugh’s forthcoming book, Jane Campion, considers how this director appropriates and re-motivates melodramatic tropes to articulate a very different kind of “woman’s film” that refuses the conventional constructions of femininity in industry cinema. McHugh’s concurrent publications on cinematic self-narration explore work that repudiates private, affective constructions of the self, opting instead for self-representation construed through public and historical structures and rubrics. She is currently beginning a new project on Industrial Media Feminism. 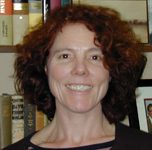