“Relics of the Future: The Aesthetic Wanderings of Simone Leigh.” Evidence of Accumulation (exhibition catalogue), New York: The Studio Museum of Harlem, 2011: 6-8. LINK

“Ellen Craft’s Radical Techniques of Subversion,” e-misferica: Performance and Politics in the Americas, Issue 5.2, Race and Its Others, 2008. LINK

Uri McMillan is a cultural historian who researches and writes in the interstices between black cultural studies, performance studies, queer theory, and contemporary art. His first book, Embodied Avatars: Genealogies of Black Feminist Art and Performance (NYU, 2015) is on black performance art, objecthood, and avatars staged by black women artists. He has published articles on performance art, digital media, hip-hop, photography, and nineteenth-century performance cultures in varied arenas such as Women and Performance: A Journal of Feminist Theory, Souls: A Critical Journal of Black Politics, Culture, and Society, GLQ: A Journal of Gay and Lesbian Studies, and e-misferica (all are available for download at urimcmillan.com). In addition, he has lectured at art museums, including MoMA PS1 and the Hammer Museum, and published numerous essays on black contemporary art for the Studio Museum of Harlem. His work has been supported by the Ford Foundation and the Woodrow Wilson Foundation. 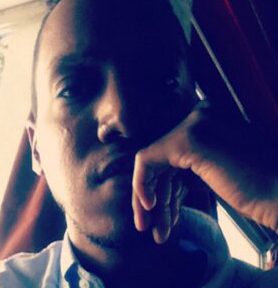