Anne K. Mellor is a Distinguished Professor of English and Women’s Studies at UCLA. Her scholarly interests focus on eighteenth and nineteenth century British literature, women’s writing, feminist theory, and the visual arts. Her most recent book, Mothers of the Nation – Women’s Political Writing in England, 1780-1830 (2000), argues that women writers were instrumental in shaping public opinion during the Romantic era. She is the author of Blake’s Human Form Divine (1974), English Romantic Irony (1980), Mary Shelley: Her Fiction, Her Life, Her Monsters (1988) and Romanticism and Gender (1993). She edited the first collection of feminist essays on Romantic writing, Romanticism and Feminism (1988), and is the co-editor of an anthology of canon-transforming Romantic writing, British Literature 1780-1830, as well as of The Other Mary Shelley (1993) and Passionate Encounters in a Time of Sensibility (2000). In 1999 she received the Keats-Shelley Association Distinguished Scholar Award; she has been the recipient of two Guggenheim Fellowships, three NEH Summer Seminar for College Teachers Directorships, and ACLS, NEH, Rockefeller and Australian National University Fellowships in the Humanities. She received the UCLA Distinguished Teaching Award in 2002 and was appointed an Honorary Fellow of the English Association in 2004.
For more information, please visit 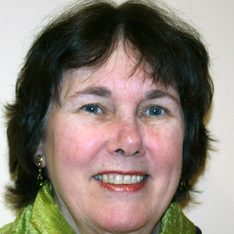