Mark Seltzer is Evan Frankel Professor of Literature and Distinguished Professor in the Department of English. His research and teaching focus on American literature, contemporary studies, systems theory, and media studies. He has worked extensively on the problem of violence in modern society and modern art, and currently is writing on the practices and aesthetics of suspense today.

Professor Seltzer has previously taught at Cornell, and at the Free University and the Humboldt University in Berlin, and been a visitor at Harvard and Stanford and at the Max Planck Institute in Berlin. He has held fellowships at the Center for Literary and Cultural Studies in Berlin, the National Humanities Center, the Society for the Humanities at Cornell, and the Stanford Humanities Center.   He has lectured widely, in the United States and abroad, including talks and seminars in Germany, South Africa, Brazil, South Korea, Australia, Canada, Israel, Japan, Britain, Austria, and China. In 2013-14, he conducted lecture series in Cologne and in Seoul, and was invited to speak at Yale, University of Chicago, University of Puerto Rico in San Juan, the Free University in Berlin, Keio University, and Stanford. His most recent book is The Official World, forthcoming from Duke University Press. A new edition of his book Bodies and Machines is forthcoming from Routledge.

Henry James and the Art of Power (Ithaca and London: Cornell University Press, 1984)

“Crime between History and Natural History,” Disease and Crime: A History of Social Pathologies and the New Politics of Health, ed. Robert Peckham (Routledge, NY and London, 2013), 150-168.

“Form Games: Staging Life in the Systems Epoch,” in The Imaginary and Its Worlds: American Studies after the Transnational Turn, eds. Laura Bieger, Ramon Saldivar, and Johannes Voelz (Dartmouth UP, 2013). 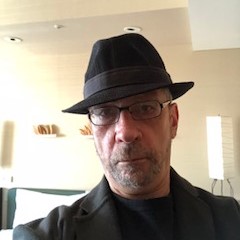