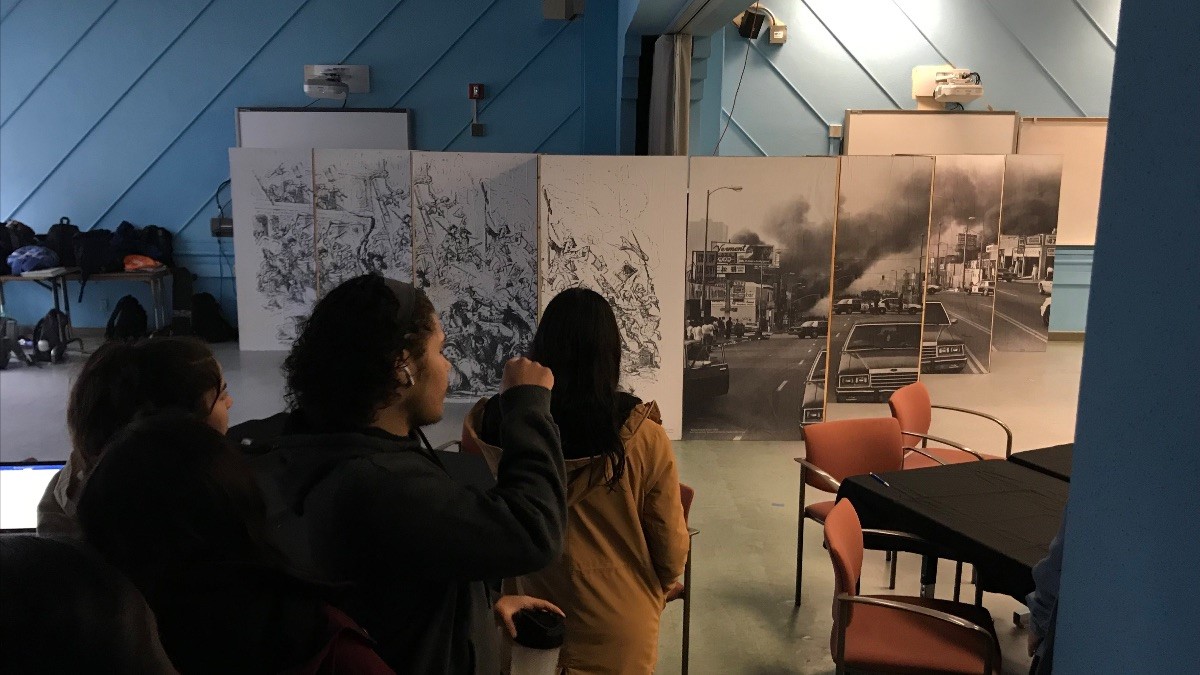 In “Barnaby Rudge” Charles Dickens depicts the 1780 anti-catholic riots, described by historian Linda Colley as the “largest, deadliest and most protracted urban riots in British history.” Jacqueline Barrios, a graduate student in the English department, uses the novel to shed light on and explore the impact of  the Los Angeles riots of 1992 with high school students from south LA in her class at the James A. Foshay Learning Center.

The work undertaken by Barrios and her students is now part of an exhibit “LA 1992/London 1780: Sounding Out the Crowd,” which uses images and sounds gathered by the students to explore the two riots . Find out more about the Exhibit

The exhibit is part of a larger symposium that will span three days starting on May 24 through May 26, arranged by alumni and current students in the Urban Humanities Initiative. Find out more about the Symposium. The symposium is an interdisciplinary collaboration that challenges the notion of “the plan”, according to a statement made by the organizers to the DailyBruin

“When I say plans are normative, they are meant to organize a whole bunch of diverse energies into some material reality. But we know from our studies that plans go awry. What we’re asking people to think about is how do we continue to live with plans and how do we – people who live in cities, make cities – how can we challenge that.” –  Jacqueline Barrios