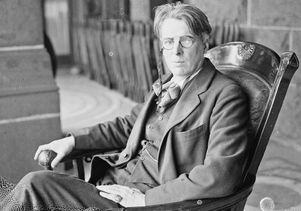 UCLA’s English department will host a “Favorite Poem” event on May 22 featuring an introduction from Robert Pinsky, the former U.S. Poet Laureate who started the wide-ranging initiative two decades ago.

More than a dozen readers from the campus and local literary community, including David Schaberg, dean of the humanities division of the UCLA College and philanthropist and film director Susan Bay Nimoy. They’ll share excerpts from writing by William Butler Yeats, Robert Frost, Jack Keuroac, Mary Oliver and more.

Pinsky, who was the 39th poet laureate in the United States, founded the My Favorite Poem program while he held the position. He believed that hearing a poem read aloud by a person who is deeply attached to it adds a crucial element to the understanding and appreciation of poetry as an art.

The Favorite Poem Project is now an audio/visual archive of thousands of Americans from across the country, with varying regional accents, ages, levels of education, professions and ethnicities — all sharing aloud a poem that they love. Video collections of the poems can be viewed at www.favoritepoem.org, and have aired on PBS NewsHour.

The project has inspired hundreds of Favorite Poem readings in cities and towns across the country.

This year’s UCLA event is presented by the UCLA Friends of English and also Pinksy. It begins at 7 p.m. in the Charles E. Young Grand Salon in Kerckhoff Hall. The event is free and open to the public.  See more here.